The Bolívar brand was created in 1902 and is based today at the Partagás cigar factory in the heart of Havana. Named after Simon Bolívar, one of the great historic figures of the 19th Century who liberated much of South America from Spanish rule.

It is perhaps not surprising that a Habano named after such a powerful figure is blended to match his might. Bolívar is among the strongest, most full bodied of all Habanos. It boasts an unrivalled richness of flavour in its blend of region tobaccos that makes it one of the most sought-after marques amongst experienced smokers.

Bolívar Gold Medal is a classic Cervantes (girth 42 and 165 mm long) with a strong tobacco taste along the cigar that will undoubtedly delight the palates of those who seek for rich flavours.

Discontinued in 1992, and now revived, these cigars have a singular presentation. They are half-wrapped in gold coloured aluminium paper foil and packed in semiplain boxes comprising 10 units with a second band specifying that is made only for La Casa del Habano. With this offer, exclusively aimed to Casas del Habano, Bolívar is bringing one of its greatest smokes back. 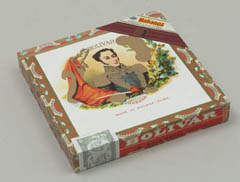 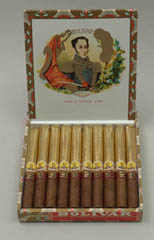 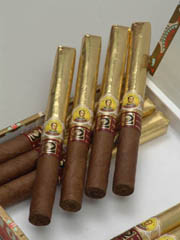