In said celebration, the opportunity was taken to promote in a special way the Montecristo and Romeo y Julieta brands, based on literary works by Alejandro Dumas and W. Shakespeare, chosen by factory rollers in honor of the satisfaction of said readings in the factory, also commemorating the “Reading of Tobacco Factory “, Cultural Heritage of the Cuban nation. There was an exhibition of various products of the aforementioned brands as well as the smoking accessories.

In said commemoration, passages were read by the attendees themselves, from the aforementioned books, The Count of Monte Cristo and Romeo and Juliet. The participating ladies were given red roses, as is the tradition in some parts of the world for this day.

Legendario Rums were tasted in various cocktails selected for the event, with a pairing of Montecristo number 5 and Open Eagle. Following tradition, the key was hit as a demonstration that the reading had been appreciated, as derived from the aforementioned “Tobacco Factory Reading”. 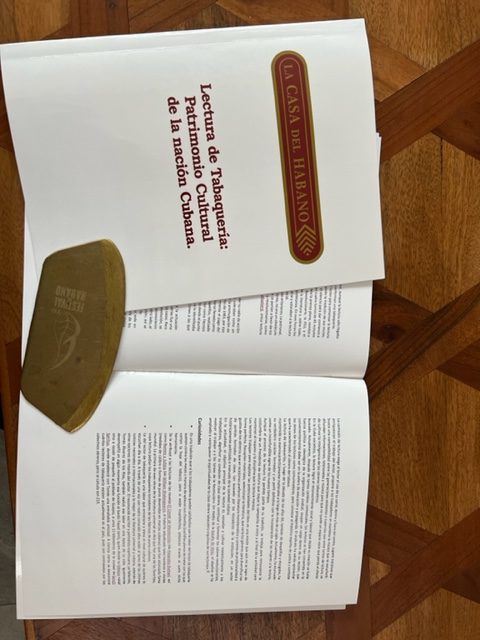